Welcome to Saving for Someday! Thank you for visiting, I'm so glad you came by. I write on a number of topics, but my goals is always to be a positive part of your day. If you like what you read, you may want to subscribe for free updates via RSS or email. Thanks for visiting and I hope to see you again soon! ~ Sara 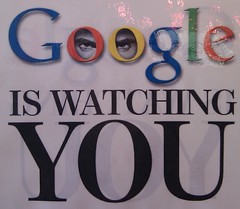 You’ve heard of Google, right? Have you heard of Google Alerts? Where you can type in your name or whatever keyword you want and then Google will send you an email when it finds someone on the interwebz about what you’ve asked? Well, Google Alerts is not a person. Regardless of how smart all the fine folks at Google are, this algorithm isn’t a person. And sometimes it finds your name or keyword and associates it with something that it may not have been intended to be associated with.

So why am I talking all techy? The other day I got a Google Alert showing my name attached to a post by a fabulous woman I’m working with for the Blissdom panel. The post was about trust and how she had just been burned by someone she thought she could trust. And while she was cryptic and spoke in some generalities, Google somehow decided to email me an alert that I was mentioned in this post.  So I read the post. I was horribly saddened to think that I somehow betrayed her trust. If I had it was completely accidental. But still, she felt that a person she was working with had created a big giant social media fail. She never named names. If I had just read it I may not have even thought, “Hey, she’s talking about me!” But I had proof that she was because I got the Google Alert in my inbox! And we all know that Google Alerts are like sworn testimony before the supreme court. NOT!

Problem is, her post wasn’t about me. And the post was just her getting some things off her chest. No names were mentioned. She was ranting. I’ve ranted before too. We all do it! I’ve also had posts where someone reads my rant and thinks I’m talking about them in some way. I was so sad when I read the post and thought I had hurt her. Sure, I was being a bit self-centered thinking she was talking about me. (Cue Carly Simon’s “You’re So Vain”!) How could I not. Afterall, I got the Google Alert saying that I was connected somehow to the post. My name wasn’t there but maybe she had me in a tag or meta data or post description? How was I supposed to know?

And for those who don’t know me well, I stay up late. Often way too late — like 2am late. So here I am in the middle of the night thinking I’ve inadvertently hurt a woman I am enjoying working with. I can’t call her or tweet her or message her on Skype – she’s 3 hours ahead of me and while 5am may be when she gets up to work out, she’s definitely not expecting contact from me.  I immediately emailed and apologized. I felt terrible and couldn’t sleep. I was tossing and turning and my mind kept coming up with all the awkward scenarios that would exist since we have to be at a presentation together soon.

But like I mentioned, she wasn’t ranting about me at all. Oh, social media how you tease! I can only imagine what went through her mind when she got my email. My very apologetic email.

Fortunately it turned out fine. However, I could easily have sent her a ranty email ripping her for writing a post about me, blah, blah, blah. Which would have completely blindsided her and probably messed up our relationship. It’s a natural reaction for some, to come out fighting.

We rely on technology to give us information. We often want to know where we are mentioned online. To protect privacy. To claim our 15 minutes of fame.  As a blogger, I have Google Alerts set to monitor my site. That’s why I got this alert. But the alert was wrong. I had commented on her site. Google took my name from the comment I left on a blog post a few days earlier and when it scanned her site it took the first post. Her rant. And then Google Alerts sent me an email telling me my name was matched with her post about broken trust. Fabulous!

See how I could, in error, assume she was writing about me? So I caution you not to get all freaked out if you get a Google Alert that ties you to something that seems wrong or weird or even just makes you think “I’m no so sure”. Also, you should know that you could be on the receiving end of an email from a self-centered, awake too late, freaked out person because they got a Google Alert saying you’re talking smack about them. In both cases, proceed with caution!

And while the saying is “computers don’t lie, people do”, I’m here to tell you that Google Alerts lies! Sometimes. And, as she said, sometimes things in social media get Lost in Translation.

Have you ever had this happen to you? Have you ever thought someone was talking about you in a blog post or article but really they weren’t. How did you handle it?

Sara is a life-long dreamer, creating a list of things she wants to do "someday". Realizing there is no "someday" on the calendar she's taking the steps to make her somedays a reality. Between saving for retirement and college and paying for all the usual things, many women find that they're often putting their hopes and dreams on hold. Saving For Someday is Sara's way of encouraging women everywhere to find ways to save on the ordinary so they can do the extraordinary. Sara is also a licensed attorney and writes about legal issues affecting bloggers, content creators and online professionals. This blog is for informational purposes only. You can also find me on Google+ View all posts by Sara